Nicole is an Academy Award, Emmy Award & Golden Globe Award winning actress who is best known for her roles in films such as Moulin Rouge!, The Hours, and Cold Mountain. She also starred as Celeste in HBOs Big Little Lies.

At the age of 16 she landed her first film role in the Australian holiday film, Bush Christmas. She continued in television & movie roles in her native Australia and then in 1989 made her US debut in the film Dead Calm. Since then she has wowed audiences in her roles on the stage, the silver screen and television screens in a wide variety of roles.

Nicole is an advocate for womens rights and an UNIFEM Goodwill Ambassador. Nicole is married to singer Keith Urban and a mother to her son Connor and daughters Isabella, Sunday, & Faith

Nicole Is An Ambassador For 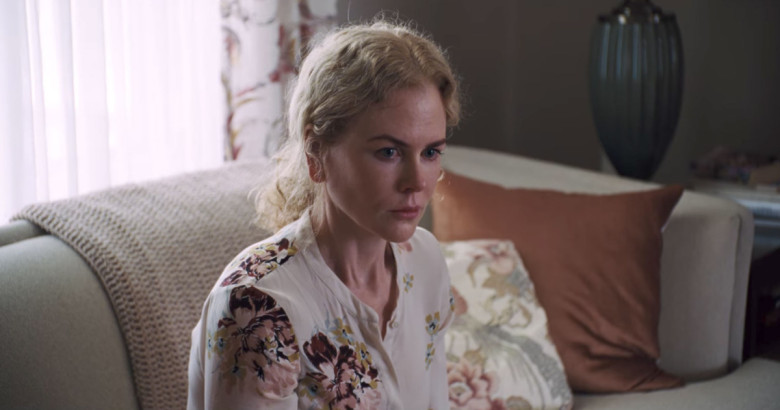 The Greek director has very specific rules for all actors interested in working with him.

After Greek director Yorgos Lanthimos landed an Oscar nomination for âDogtooth,â his twisted dystopian vision of a family trapped in deranged rituals, his agent took him around town. It was the usual routine: Promising young talent offered numerous pre-conceived projects, with no guarantee that heâd have any control over the final result. âI didnât really know the landscape,â said Lanthimos in an interview. âI just realized itâs not what Iâm interested in. Iâd never be able to survive such a situation.â

That early decision paid off. After âDogtooth,â Lanthimos churned out a series of movies that have continued to cement his status as one of the most original, visionary filmmakers working today. His movies present bleak, self-contained universes of despair, and theyâre never predictable. After his Greek followup âAlps,â Lanthimos shifted to English-language productions and started with working with name talent. First came âThe Lobster,â in which Colin Farrell played a man in a society where bachelorhood was illegal; the project landed Lanthimos another Oscar nomination, for original screenplay.

He quickly followed that with âThe Killing of a Sacred Deer,â now in release, a haunting, surreal horror tale in which Farrell plays a surgeon whose family is cursed by a young man seeking revenge against the doctor. The movie had a solid start in limited release, and managed to shock audiences at the Cannes Film Festival in May without alienating too many of them.

Lanthimos continues to churn out projects on his own terms and has no interest in slowing down. âFor the moment, Iâd rather make smaller films that I can control than just going and making a much bigger film and not being able to maintain my vision,â he said. By the time âSacred Deerâ premiered at Cannes, he already had another original movie in the bag, âThe Favourite,â a period piece set in 18th century England in which âThe Lobsterâ star Rachel Weisz plays the Queenâs secret lover Sarah Churchill. (Earlier this year, Weisz described the project to IndieWire as âa funnier, sex-driven âAll About Eve.ââ) Lanthimos put the project together with joint investment from Britainâs Film4 and Fox Searchlight, which will release the movie in the U.S. He had final cut.

âFor the moment, Iâll never put myself in a situation where I donât have creative control,â he said. âWe wouldnât just give it to a studio and let them control it. I havenât been a director-for-hire for any project. I work with people who appreciate that, understand that, and want to work that way.â

Lanthimosâ ethos stems from his early experiences as a part of the so-called Greek Weird Wave, which also includes filmmaker Athina Rachel Tsangari (âAttenbergâ), among others. Working in a country with a minuscule film industry, Lanthimos and his peers made movies in a unique manner because no other option existed. âItâs a very primitive way of making films,â he said. âWe just did it any way we could, literally paying for it ourselves by doing commercials and borrowing everything that we could borrow.â

The larger scale of the films that came later made it clear to him just how much the rest of the world dealt with this on a different scale. âJust by going into a more organized structure with more rules and has a more professional tone, that changes how flexible you can be,â he said. âYouâre surprised that some of the people on your crew do this just as a job and they donât give a fuck if you make a good or bad film.â

He also witnessed the challenges of studio filmmaking from the sidelines, when his partner and regular collaborator Arianne Labed acted in âAssassinâs Creedâ opposite Michael Fassbender. The Fox-produced video game adaptation was commercially successful but critically-maligned. Lanthimos heard stories about director Justin Kurzel struggling with the unwieldy project. âThe actors have to sit around a lot and get bored,â Lanthimos said. âI canât imagine what Justin went through. Itâs such a structured environment with such a particular purpose. The outcome is very foreseeable most of the time.â

Lanthimos has taken certain precautions when meeting with name talent interested in working with him, including Kidman, who first expressed interest in the filmmaker after âDogtooth.â After a discussion about casting her in âThe Lobsterâ didnât pan out, they reunited to discuss other ways of working together, before âSacred Deerâ was even greenlit. Lanthimos knew she had done her homework. âNicole seeks out filmmakers when she knows their work and knows she wants to work with them,â he said. âWe knew that we liked each other. I obviously liked her. You hear about these things.â

The director said he has certain requirements for any actor interested in working with him. âFirst of all, I donât meet anyone who hasnât seen my films,â he said. âIf theyâre not interested them, why would we waste both of our times?â He also makes it clear that, despite his bizarre and often cryptic storytelling, he wonât provide any easy answers. âI will not become analytical about my work,â he said. âYou read the screenplay, thatâs what it is, and thatâs what I know about it. Thereâs no other information I can give you as background for your character as a story, or why I wrote this. You read it, and either you respond to it and we do it or not.â

That mentality explains a lot about some of the more shocking scenes in âSacred Deer,â including a crude sexual encounter between Kidman and one of her husbandâs old coworkers and a shocking, violent finale involving the entire cast. âI work very physically,â Lanthimos said. âI donât like to intellectualize too much about what weâre doing, or analyze it. I just try things different ways, change things around.â

He doesnât force his actors to commune with the material, instead maintaining a straightforward approach. âWe take one thing at a time, one scene after the other,â he said. âIf you work that way, thereâs so much absurdity around how you make a film, especially the darker stuff. It tends to be funnier on set because of the way you have to do certain things.â

While some of the names might be more familiar and the budgets a touch higher, Lanthimos was quick to put them in context. âItâs not like we made âAvengers,ââ he said. âTheyâre still smaller films. Theyâre bigger than the ones I was doing in Greece with no money at all. That was just friends working for free. Theyâre still kept to a very reasonable budget. The creative process hasnât changed at all for me.â

Nevertheless, Lanthimos is the kind of filmmaker who communicates a vision without repeating himself: None of his movies is similar in terms of premise or the fate of his characters; even the tone of his storytelling has a tendency to veer from morbid to hilarious at unexpected moments. Now, heâs considering taking his approach in another new direction, developing a miniseries for Amazon.

The untitled project is set to star Farrell as Oliver North, who took part in the sale of weapons to Iran, during the Iran-Contra affair. Lanthimos said that screenwriters Enzo Mileti and Scott Wilson submitted three scripts for the project to Amazon, and that he was waiting to hear if it would move forward. âWeâre waiting to see if theyâre interested in making it,â he said, shrugging off the implication that working in television with someoneâs script marked a change of pace. âIf they wanted a generic series, theyâd get someone who would deliver that,â he said. âUntil I actually engage with it, practically and physically, I donât know â but itâs intriguing to do something thatâs long-form. The whole story around it is so absurd in itself. Itâs interesting to see real people did these things that were considered normal. To me, thatâs very similar to what I try to create with the stuff that I do.â

Lanthimos knows that some people will simply never engage with his work. âI think itâs been obvious from the beginning that my projects are not going to be something that people already have in mind,â he said. âYou canât be thinking about such things when you create something. I just take one thing at a time and I think about whatâs interesting to do next. You try to do interesting things to not get bored with yourself.â

By continuing to use the site, you agree to the use of cookies. more information